The use of twin mermaids playing harps acting as supporters on either side of lintel panels is a theme which occurs four times during the seventeenth century in tower houses in the north east of Scotland. These being those at Castle Cawdor, Kilcoy, Kilravoch* and the armorial panel formerly at Urquhart, but now in the National Museum of Scotland. While two of them, Kilcoy and Urquhart remain in good condition, Cawdor may have had some restoration work on one side and the one at Kilravock seems to have turned into a sort of wandering minstrel, or mermaid. 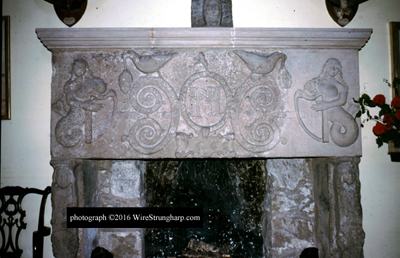 The lintel repurposed as a mantelpiece; the original mermaid is on the left.
Image courtesy of Keith Sanger

In an article on Rose of Kilravock in the Scottish Field of October 1958, what it described as a mantelpiece was stated to have been found buried in the garden with one mermaid missing, about 100 years ago, (i.e. c. 1858). Later in the first volume of their monumental work, The Castellated and Domestic Architecture of Scotland (see illustrations), published in 1887; David MacGibbon and Thomas Ross state that it was the original lintel for the entrance door and was then lying in the grounds. A small drawing of it is included with their main picture of the castle and although small this shows that by that time it had lost the right hand mermaid but gained, mounted in a central position above what was left a small triangular pediment. 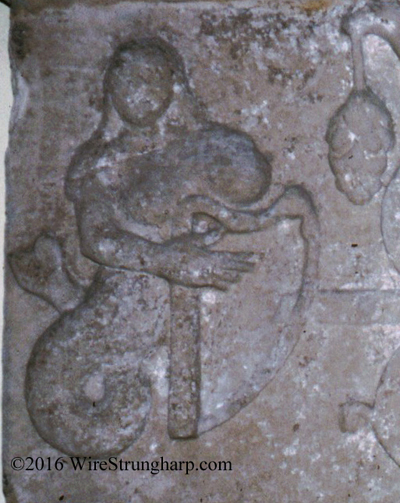 Clearly this panel has been through a number of uses before finally, with a new second mermaid restored it arrived at the later fireplace which it now graces. Originally its design would have balanced therefore with complimenatary mermaids, one at each end, it probably would have initially been a fireplace lintel, although above a door cannot be totally ruled out. In the course of some of the aditional new building work at the castle it had been removed, reduced in size by removing one mermaid and with the pediment added reused above a much smaller door. Following further building work which included a more modern wing it was again removed as surplus and dumped in the garden.

The design of the entwined initials HR and MI, in the centre of the panel stand for Hugh Rose, (died 1687) and his first wife Margaret Innes (died 1676). They are said to have married around 1662 shortly before the birth of their son another Hugh Rose. This raises a question about the significance of the date which appears to read 1666, although the second and third sixes are less sharpely defined and may have been recut at some point. Apart from the wandering mermaid it also raises a question of whether these inspired the addition of a harp as a crest of the Kilravock family.

Arms are normally enclosed in a shield and those normally used by the Kilravock family were on a shield, Or, a boar’s head couped gules, betwixt three water–budgets sable. The first sign of a harp occurs when Hugh Rose of Kilravock patented his arms with the Lord Lyon in 1672 and apart from the shield these also included Above the shield ane helmet befitting his degree, mantled gules, doubled argett; next is placed on a torse or wreath of his colours, for his crest, ane harp azure.

The following excerpt on Kilravock castle come from MacGibbon and Ross: 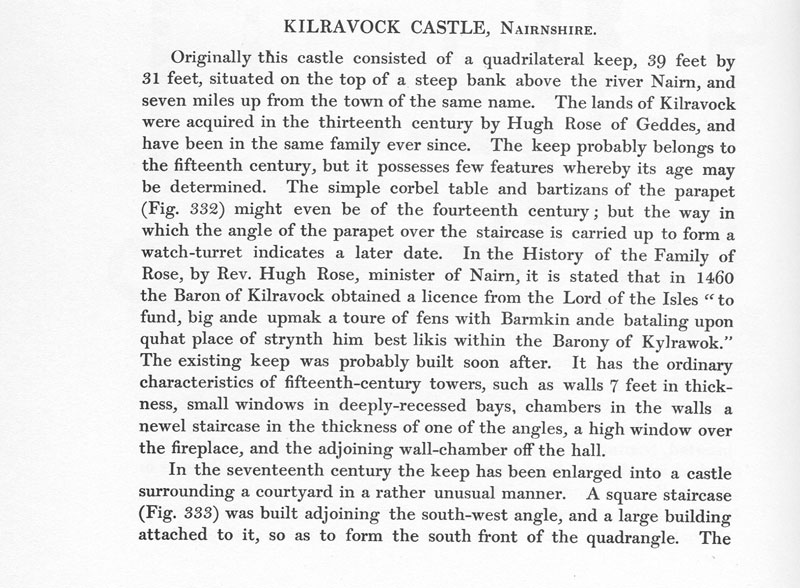 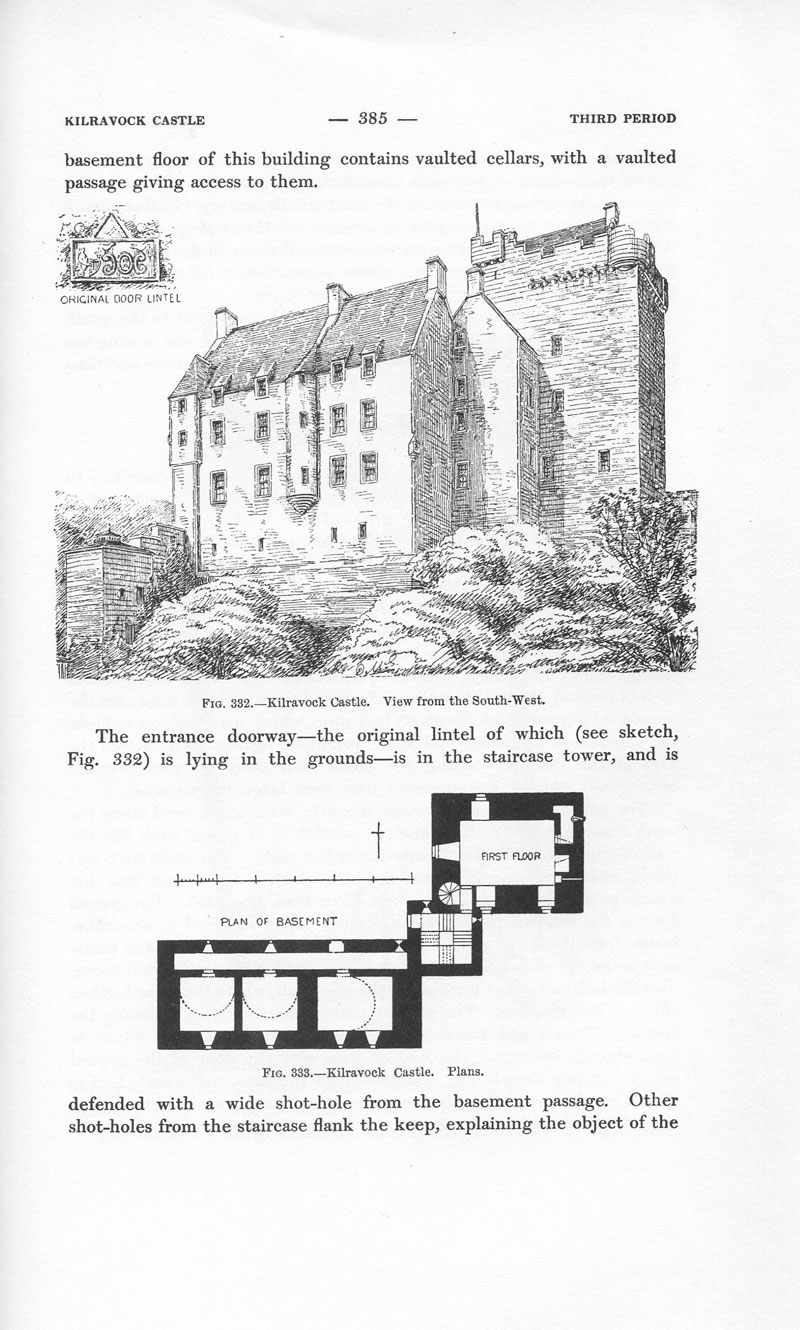 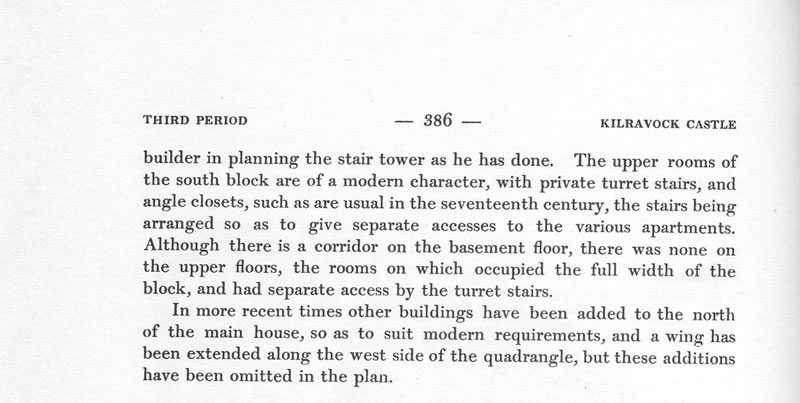