Back to General Reid and Daniel Dow 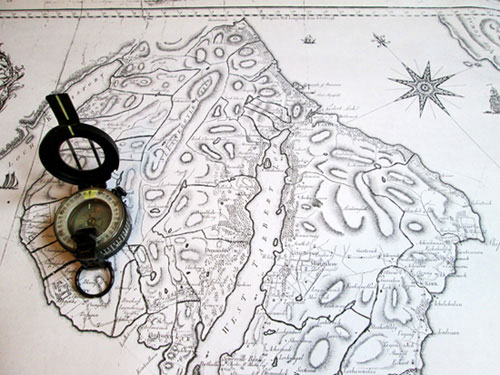 More accurate and detailed Estate maps, like this one of Kintyre made by George Langlands for the Duke of Argyle in 1793, only started to appear towards the end of the 18th C.

While this article was being read in draft some helpful suggestions were made that to fully comprehend the idea of the tune titles being a ‘map’ of Gaelic Scotland it would indeed be an idea to include a map indicating the areas covered by the titles. It seemed to be a sensible suggestion but in practice even a simple map has proved to be very difficult to draw in any meaningful way; although attempting the exercise has helped me understand why. So what follows could be subtitled ‘understanding an eighteenth century geographical view of Scotland’.

Physical maps of any sort at the period that Daniel Dow’s work was compiled would have been rare, inaccurate and unlikely to carry any of the information relevant to constructing a map of Gaelic Scotland. It was only towards the very end of that century and into the start of the nineteenth that detailed surveys of Scottish Estates began to be commissioned and in turn produced many local judicial inquiries to in fact establish where the boundaries actually were. Prior to then all matters to do with delineating land ownership were descriptive rather than a physical map of the land.

This was backed by local knowledge of where the exact boundaries were supposed to be based on historical memory of longstanding residents of the area. This was pretty much how things worked even in more densely populated areas like Edinburgh where there was a higher turn over of property being bought, sold or leased. The legal documents recording the transactions simply indicated the actual property in question by its general location and then indicating the boundaries by naming the owners of the plots on the north, east, west and south sides of of the plot itself. In other words albeit the land was defined on paper in the deed it was ‘descriptive’ with no actual map. 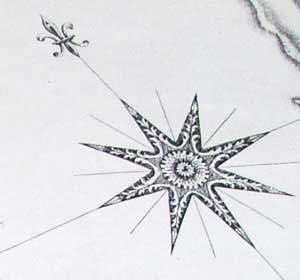 This could and did lead to many misunderstandings about who ‘owned’ what in Scotland, not helped by the many layered ‘ownership’ patterns. So if we assume the theory that underlying Dow’s work was an image of Gaelic Scotland is correct, to start creating that ‘mind map’ the lands of the Gordon Earldom of Huntly[1] actually makes a good starting point. It also has to be remembered that the sources of tunes available to us today were not available then and so what may have not been from a modern perspective the ‘ideal’ tune to use was probably the best fit known to the maps creater at that period of time.

The feudal Earldom of Huntly stretched from the lowland east of Scotland across to include what is now Fort William in what was then the Gaelic speaking west. The stone built fort which was started in 1690 and named after William of Orange, was intended as a control over the Lochaber Camerons and MacDonalds. It was only after building was underway when it came to the attention of Huntly that he pointed out to the Crowns ministers in London that they had not received permission from him as the superior of the land to build anything, and further more they now owed him feu duties for the privilege of keeping it.

In terms of defining that greater Strathspey ‘hole’ in the mental map which centres around Angus Cumming at Grantown, the Gordon lands form the northern boundary and with the addition of the lands of MacDonald of Keppoch,[2] albeit that they were entirely held by him from Huntley establishes the north–western boundary of the hole while the Earldom of Athole[3] completes the south and south–western part. The eastern side of the ‘hole’ actually follows what is known today as the ‘Highland Line’ between what was regarded as the Highland/Lowland boundary, so no Gaelic titled tune for that part, except it is here that the inclusion of Harlaw[4] comes into play.

Unlike the other more broadly geographical titles already quoted, Harlaw is a specific location but in the mind which is where this map is being constructed, the folk tradition surrounding that battle albeit simplistic and erroneous, saw it as a purely Highland versus Lowland clash a metaphorical boundary in other words both marking the Northeast limit of the ‘hole’ and also conveying the idea of the rest of the Highland Line marking the holes eastern boundary dividing the Highland and Lowland parts of Huntly’s lands.

So continuing to move south and then west the Earldom of Atholl which by then included that of Tullibardine also stretched over a large area of the southern highlands and conjoined with the lands of the Earldom of Breadalbane,[5] effectively covers the area south of the Gordon lands and over to the west coast of north Argyle. The rest of Argyle being covered by the inclusion of the mention of the Bishop of Argyle which implies the the area covered through the episcopal see.[6] North from Argyle the space is filled by the lands of Cameron of Locheil,[7] which bridge the gap between the western edge of Huntly’s lands and the start of those of MacDonald of Clanranald,[8] which extend far to the west encompassing a number of the Islands.

Part of the Isle of Skye along with Harris and part of the adjacent mainland fell under the MacLeods,[9] while the rest of Skye, North Uist and probably in historic terms Ross were covered by the reference to MacDonald of the Isles,[10] a description of Clan Donald which harks much further back than the 18th century. Above there the north is covered by the MacKenzie estates[11] which spread over a vast swath of territory from the Isle of Lewis in the west across to the ‘Highland Line’ in the northeast.

This then leaves a small number of interesting ‘titles’ which either fill in a few small gaps or suggest an uncertainty concerning exact boundaries. The references to the MacGregors and Campbell of Auchanbreac fall into the latter case while the ‘gapfillers’ seem to be the reference to the Lennox[12] which covers the district just north of the Clyde around Loch Lomond and even more intriguing the Stewarts March with its alternative title of Isobel MacKay.[13] The Stewarts march is a variant of the piobaireachd Failte Phrionnsa (The Princes Salute), but that title would still, especially in keeping with what is being suggested is a politically sensitive publication, would have been too prominent.

The alternative title used Isobail ni Caoidh came about due to the pipe tune being used for his poem on that lady by Rob Donn MacKay (1714–1778); and this is probably one of the earliest collections to publish the music under that name, which achieves two things. Firstly by placing the ladies name first it further lowers the political aspect, and secondly it introduces a connection to the lands of the MacKay’s which occupy the area north of MacKenzie lands and along with the other tune referring to Wigtown[14] completes an 18th century virtual mind image of what had been territory of Gaelic Scotland.

This is of course all very theoretical, indeed, purely speculative is probably a better description as it would be almost impossible to ever prove such a suggestion. However the temptation to stretch the argument even further is difficult to resist and to consider who within that 18th century context would be most likely to carry such a mental ‘map’ of Scotland in his head and that answer does move to firmer ground. In military circles officers in the field would ideally need some sort of firm grasp of Scotland’s geography, both political and physical. It would especially be the sort of view held by an officer in the government army looking northwards to physically unmapped territory during the 1745–46 campaign. 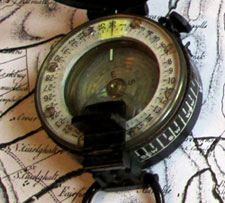 Of course only some of the tunes in the collection are accounted for by this ‘map’ but returning to the safer ground that the collection as a whole had some political intent the question arises whether the rest of tunes were just camouflage to disguise the collections purpose? That is a question that is hard to address without a full contemporary knowledge of an unwritten, for political reasons, sub–culture. However, there is reason to suspect at least some of those other tunes did carry a message to those in the know. For example the collection ends with Morag, a tune which has links to Prince Charles Stewart and there is another which may also fall into that same area.

Songs especially, but also instrumental music often had political undertones but by their nature tend to go unrecorded. An early example of this which does survive, also shows that new names for tunes could arise simply from trying to disguise their original purpose. It occurs in the Dundee Burgh Records for 1604 when it was recorded that Anthony Court the Burgh Common piper;–

having playit some springs throw the burgh to the miscontent of honest neighbours, irritating and provoking some of the inhabitan to grite anger, and apparently likely to breed griter sedition, supersedit and dischairgit fra using of his common office throw the burgh evenings and morning ay and quhill he should get ane new warrant fra the Council. Further was ordained not to play that spring callit ‘Tobacco or the Laird tint his gauntlet’ under quhatsovever uther name, aither privily in men’s houses or publickly upon the streets, at ony time, under the pain of banishment.

Unfortunately the ‘spring’ (or tune) has not survived, at least under that name, more’s the pity as it sounds interesting.

[3] Port Atholl and the Duke of Atholl’s march. Well the Atholl family were the first on the list of subscribers and were the ultimate feudal superiors of Dow’s wifes family.