Back to Strings Page

How Strings Work on a Harp

The story goes that after years of vain searching for enlightenment, the Buddha found himself on a river bank where he overheard a music teacher on a passing boat instructing his student. “If you tighten the string too much, it will break. If you do not tighten it enough, it will not play.” In an instant the Buddha saw the truth of the Middle Way, and this lead to his meditation under the Bodhi tree where he found enlightenment.

One wonders that music teachers do not make more of this role their knowledge played in the development of the world’s philosophical and religious teaching. 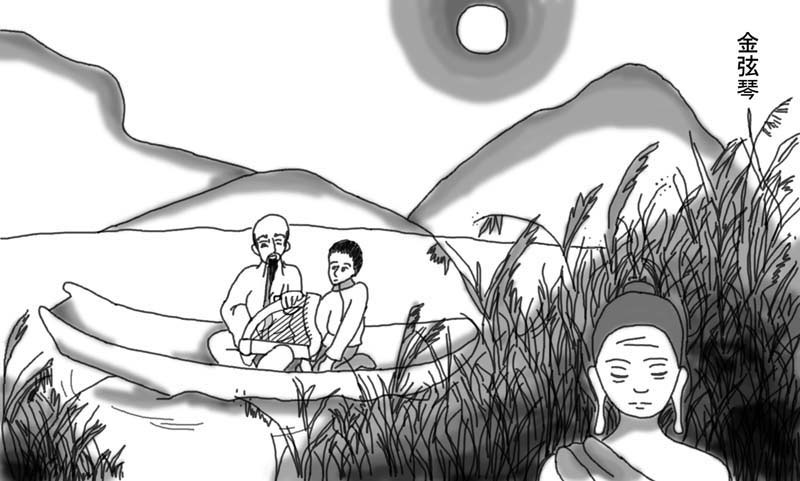 In the case of the music teacher the particular instrument is a given and so its string lengths are fixed. As would have been the case with most music of antiquity the student would be little concerned with absolute pitch, so given the fixed string length the musician was free to tune the instrument to whatever pitch had the most pleasing sound. We have extant records of lute players being instructed to tune the treble-most string until it bids fair to break and tune the other strings to match it, which dispels any notion of a standard pitch.

As the boat drifts beyond the hearing of the Buddha, let us imagine that the music teacher elucidates, explaining to the student that he means to point out the two extreme situations: first where the string is tuned so tightly it reaches 100% of its maximum possible tension and thus breaks, and second where the string is completely lax, is at 0% of its maximum tension, and makes no sound whatever. The teacher might well have also pointed out that long before the string reached the breaking point, the sound of the string would lose much of its character and flavor as it was tuned beyond the most pleasing range of notes possible for it. And likewise as the tension is lessened the musical quality of the sound of the string disappears long before the tension reaches zero.

Even in the range of notes that sound good for that string, the quality and characteristic of the sound will vary depending on the tension applied to the string; that is, how tightly the student winds the string. That teacher of long ago did not need to deal in numbers, and happily most of the time we don't either because we can hear the difference in the sound as we tighten or loosen a musical string . But the numbers exist nonetheless. That one sweet sound for the string on any instrument can be described as a percent tension it would take to break the string. It is a number somewhere between 100 and 0, somewhere between “If you tighten the string too much, it will break. If you do not tighten it enough, it will not play.”

Now, had the boat been transporting a luthier and his student, the Buddha would likely have heard instead, “If you make the string too long, it will break. If you do not make it long enough, it will not play.” No telling how history would have been changed had this been the case, unlikely for the better. Nonetheless exploring this side of the story just might enlighten us concerning some of the verities and realities of wire harp strings. 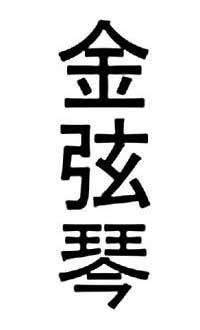 If the string length is fixed but the absolute pitch is not, as is the case with our music teacher on the river, the “sweet spot” where the string sounds the best is obtained by changing the tension of the string, winding it tighter or looser, until the sweet spot is heard. In this case we are not concerned that the pitch changes as we tighten the string. But in the case of the luthier who is charged with making an instrument that plays a certain range of notes, it matters a very great deal that the pitch changes as the string is tightened.

For this reason the luthier designing and making an instrument so that the string for a given pitch falls within that sweet spot must make the string the right length. If the string is too long, it will break before it gets to the desired pitch; if it is too short, it will play at the desired pitch while still too lax to have any pleasing quality to it, if indeed it plays at all.

You will notice though that the teacher does not say, “If he string is too thin, it will break. If the string is too thick, it will not play” or vice versa. If the student were skeptical, the teacher might invite him to replace a functioning string with one as thin as a hair and another as thick as a noodle and the student would find that when he brings that string up to the original pitch, no matter what the thickness (gauge) of string, it will neither fail to play nor will it break. In fact the quality of the sound will be essentially unchanged.

An overly thick string might bid fair to break the instrument but the string itself will not break.

Had the accidental listener not had his mind on the eternal verities and instead had been a harper (if indeed there is a material difference), he might have seen in that transcendental moment that since a string too long or too tight will break while a string too short or too loose will not play, and the quality of the sound of the string depends upon where it is between those extremes, and since it is not possible to cause a string to break or fail to play no matter how the thickness is changed, then the thickness of the string does not affect the quality of the sound. And thus the harper would achieve String Enlightenment.

Wire harp players soon or late are faced with looking at their harp, or a prospective harp, and coming to some conclusions about it. The harper who is enlightened about the nature of harp strings need not be content to remain in fog of awe and mystery and defer those conclusions to experts. It’s really rather simple. The thing that far and away determines the characteristic sound of the string of a wire harp more than any other factor is its length. Between the extremes of a string so short that it is too lax to play and so long that it breaks before it can come up to pitch is the middle–way, the length at which that string sounds sweetly. Changing the gauge of the string will not affect this, for a particular pitch that length will be the same no matter what the gauge of the string. The reality of the fixed length of the string can be mitigated a little by changing the string to a material that is less dense or more dense but unless the harp was specifically designed for that material, it is a poor substitute for thoughtful design.

By all means listen to what those with splinters under their nails and and hands permanently curved to fit a chisel have to say. And then do the math yourself. With the tools available it is safe to say that if you can play a wire harp, you can handle the math too. But before that, simply look at the profile outline of any wire strung harp keeping in mind that the strings are reaching out for that middle–way and listen to the voice of the sagely harper on the boat, “If the string is too long, it will break. It the string is too short, it will not play.”

Submitted by James Skeen, 21 May, 2013
Illustration by Alethea Skeen